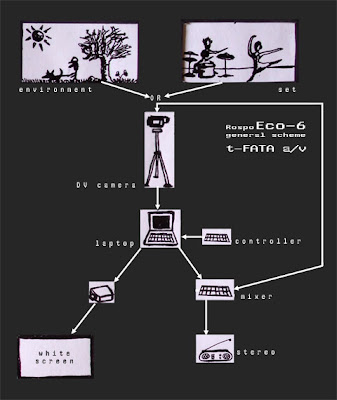 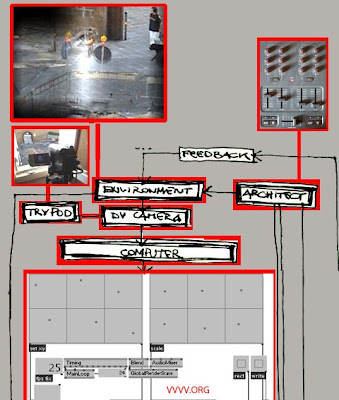 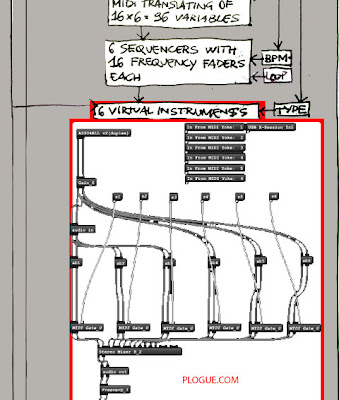 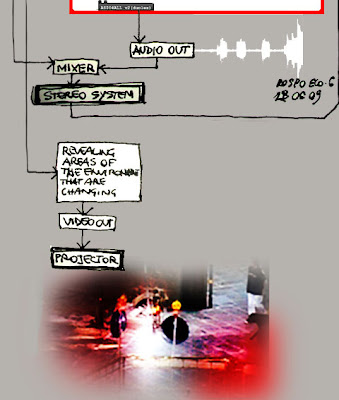 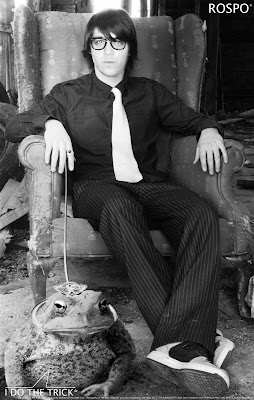 The main goal of ROSPO systems is to be the core of a bigger creation process in which the architect takes part as "data selector" and "audiovisual suggestions user". The machine produces audiovisual paintings according to a range of data to process that come from real world.
The name "rospo" comes from the italian noun for "toad". The behaviour of this machine is very similar to a toad: extremely sensitivity to movements coming from environment. Every kind of "reaction" of Rospo system will be due to the audiovisual trasformation of the environment.
It consists in a DV camera, to get audiovisual data from environment, a laptop to processing, and a projector to let perceive the augmented reality.

Rospo is not a scientific tool, it could become that, but the main purposal is to transport data from system to system. Rospo will always draw a fluid and dynamic representation, always in transformation, regardless of the place where it is, because the present is always in continuous transformation, even in a desert.
The purposal, in this case, is to induct the machine to build Spaces system from active Bodies system catched in real world. The audiovisual suggestions will give us an idea of an extremely organic space, that is the transformation in forms of human behaviours.


here is a DATA vs INDUCTION scheme.
CLICK to maximize the image

draft of a flexible installation: 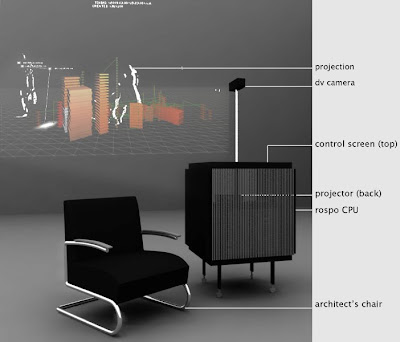